Blankets and Hats for Premature Babies 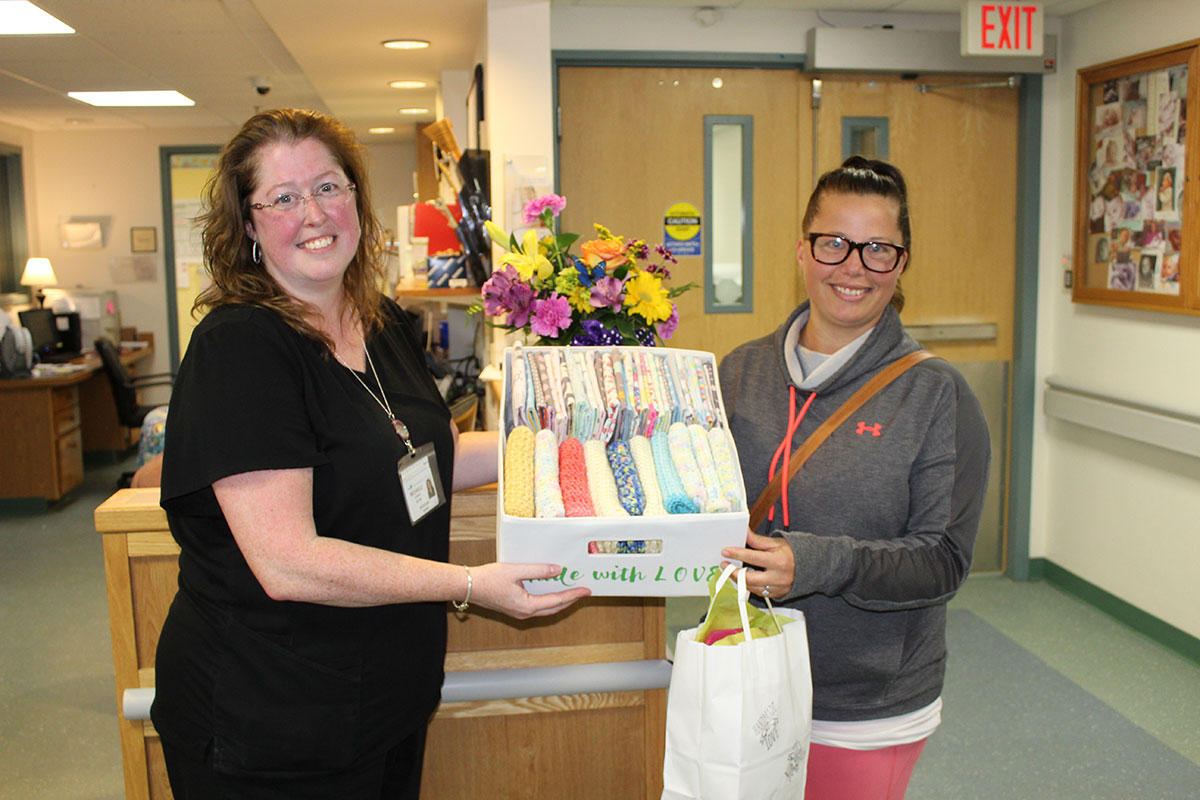 Nicole Blanchard channeled the grief she felt after losing her baby into creating more than 140 blankets and hats for premature babies (more than three weeks earlier than the predicted due date) and micro-preemies (weighing less than 1 pound, 12 ounces or before 26 weeks gestation) who are lost.

When Nicole went into pre-term labor earlier this year, her baby was stillborn in the emergency department at Adirondack Medical Center. Nicole was given a handmade micro-preemie hat and blanket to wrap the baby in. She and her husband later took the items home to treasure in memory of their daughter.

After that, Nicole went to work crocheting hats and blankets, and sewing more blankets, to be used in similar circumstances. She donated all the time she spent crocheting from January through March. She ended up creating a box full of them, which she brought to Adirondack Medical Center to donate this spring.

"I simply want to show my appreciation to the hospital and nurses that went out of their way during the most difficult time of our life," Nicole wrote on the Facebook page for her crochet work. "It is my hope that someone else may find comfort in having these tiny, handmade items during such a difficult time."