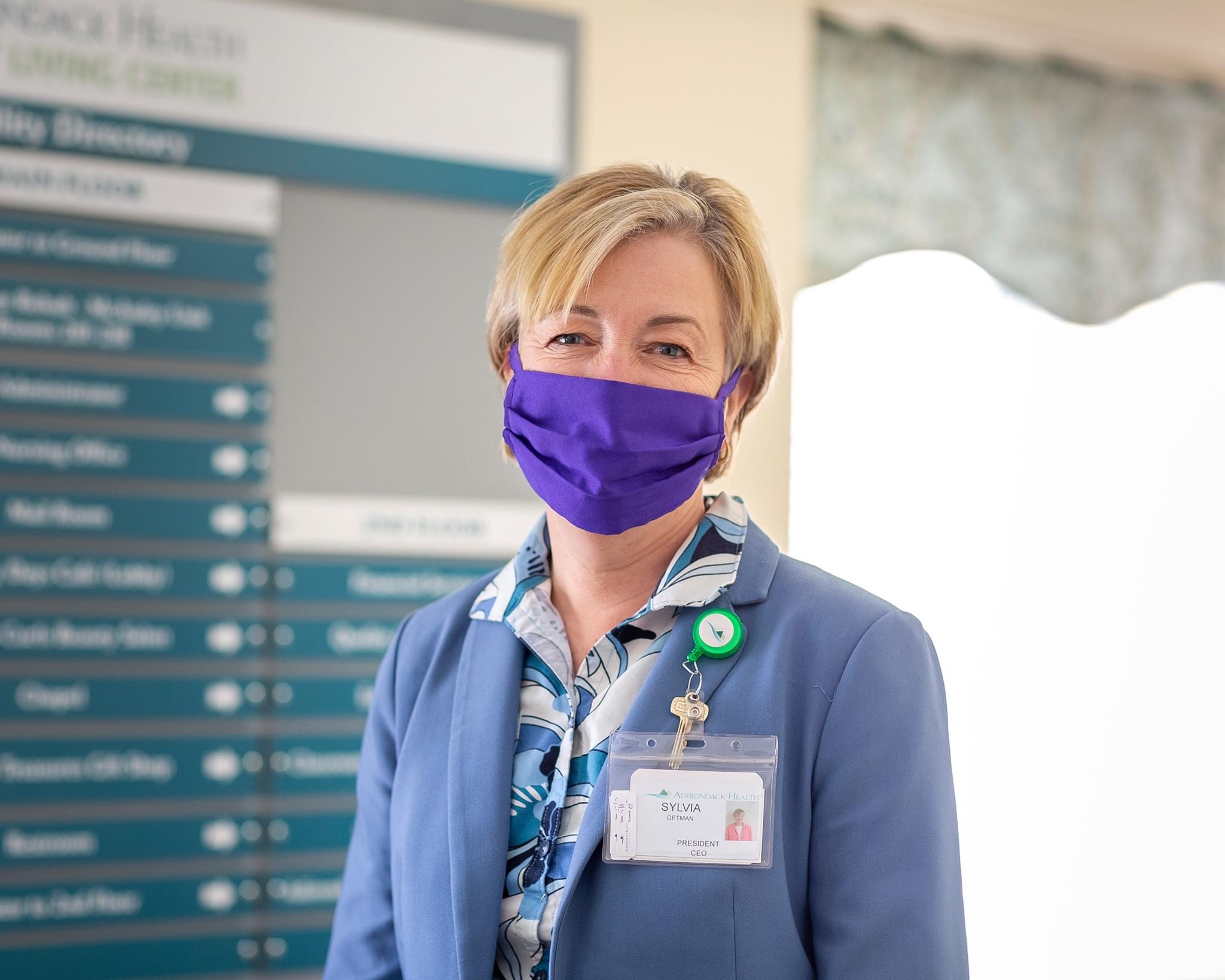 In a letter sent last week to Susan Delehanty, chair of the health system’s board of trustees, Getman acknowledged the continued uncertainty surrounding the COVID-19 pandemic and signaled her openness to a flexible transition timeline, based on the needs of the organization.

“After more than 30 years in healthcare leadership and almost 20 as a hospital president and CEO, I have decided to retire, take a break to recharge, and find my next challenge and chapter,” wrote Getman. “Serving the organization, the community, and [this] board has been an honor, and I will cherish the memories forever.”

Getman began her tenure at Adirondack Health in July 2016, following selection by a national search committee. She had previously served as president and CEO of The Aroostook Medical Center in Presque Isle, Maine, located 15 miles from the Canadian province of New Brunswick. Getman would jokingly refer to her Adirondack Health staff from time to time as “southerners.”

“Sylvia has been the right leader, in the right place, at the right time, and we are going to miss her,” said Delehanty. “Her commitment to the job and to those she leads, combined with her encyclopedic knowledge of the healthcare industry and stoic sense of humor will leave a lasting impression on the organization.”

In addition to her day-to-day executive responsibilities at Adirondack Health, Getman serves on a number of volunteer boards, including the Adirondacks Accountable Care Organization, Adirondack Health Institute, Iroquois Healthcare Association, and the Healthcare Trustees of New York State.

“Sylvia has deftly navigated this institution through the completion of two major simultaneous construction projects, a facility-wide reaccreditation, the establishment of a joint replacement center of excellence, the tenures of three board chairs, and a year-long (and counting) pandemic,” said Jeannie Cross, board member emeritus and former chair of the hospital board. “We owe her a debt of gratitude and wish her the best of luck in reclaiming a full six to eight hours of sleep each night.”

Delehanty noted that plans for a national search committee are under development and additional information will be shared with the communities served by Adirondack Health in the weeks and months to come.